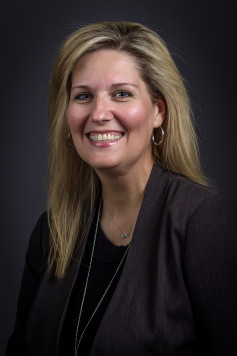 Consumers feel the burden of the rising costs of goods sold nearly every day; cable TV being no exception. Scroll down any social media page and the unhappiness, confusion, and frustration is being talked about. It doesn’t matter which company subscribers get their services from – if they are paying for a video subscription, their bills are on the rise.

Consumers are tormented monthly with the decision to continue paying for the service or stop paying and potentially give up our favorite shows. For many, television is an easy escape from the hectic lives we live. It’s entertainment that allows viewers to, ever-so-briefly, slip into a world where their minds can rest, and decisions don’t have to be made. For some, television offers companionship in an otherwise lonely world.

While the price of televisions has significantly decreased in recent years, it is difficult to comprehend why video subscription costs continue to increase. Consumers are not the only ones struggling to wrap their minds around it. We came across an article written by Gerry Smith that was originally published by Bloomberg, and thought it was worthy of sharing.

In the article, Smith dives into uncovering "who’s to blame" for the ever-increasing costs associated with TV. It appears the executives he interviewed are all pointing their fingers in different directions, placing the blame on someone or something else.

Executives are blaming streaming companies like Netflix, saying they are the driving force. One commented that Netflix has taught consumers to expect ‘an abundance of old and new shows and movies’, without the ‘irritation of commercial interruptions’, for less than $10 per month.

The executive cites that consumers don’t realize the cost of business behind the scenes. He says the demand for programs like "Breaking Bad" are the perfect example. Networks sold the rights to their hit shows’ reruns to Netflix for a sizeable one-time cost, thus losing the recurring revenue from its cable subscriber. Meanwhile, because of their profits from purchasing those rights, Netflix is able to invest more money into original programming – more, in fact, than HBO and Showtime - drawing in even more subscribers.

Another perspective blames sports and the fan base. In his article, Smith interviewed Bill Rasmussen, co-founder of ESPN. Rasmussen is quoted saying, “The fan is responsible for ESPN. They just kept demanding more sports, and ESPN kept going out and buying more rights.”

The article goes on to say, Disney, new owner of ESPN, is on the hook for $45 billion in sports rights in the coming years. To cover those fixed costs, ESPN charges TV operators about $8 per month per subscriber, making it the most expensive channel on the lineup. Pair this with the excessive annual rate increases and multi-year contract terms, and all of a sudden, operators (like BVT) are losing money providing the service.

In one of the final perspectives, Smith offers the possibility of ‘everyone’s greed’. As many executives look back (hindsight is always 20/20, right?!), they agree they failed to protect their product. Charging more for old episodes, or for the right to watch them on mobile devices is essentially what drove their customers away. Basically stating that every new idea is simply a new way to charge the average TV viewer more.

We’ll offer one last perspective. Ours. We think it is unfortunate this is what television viewing has come to. It is nothing short of an ongoing negotiating game filled with threats to "go dark" or meet the corporations’ demands and endure their ever-increasing rates.  Who’s truly stuck paying the price for all these behind-the-scenes battles and deals gone wrong? We are. You, me, him, and her.

Rural companies, like BVT, are struggling to comprehend these outlandish requests to pay higher prices to corporations already turning billion-dollar profits. We are pooling our resources as small independent rural companies and are working hard to find a better, more cost-effective alternative.  We care about you, because we are you. We all should demand more from the corporate giants thinking they have the right to set the rules.