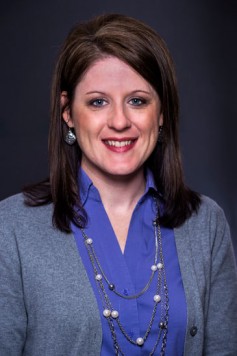 Nov. 11, Veteran's Day, is a day to celebrate and honor America's veterans for their patriotism, love of country, and willingness to serve and sacrifice for the common good.

This past September, I had the great privilege to accompany 11 local veterans, one of which was my father, to our nation’s capital to view the National Mall and Memorial Parks which were created in their honor. Talk about a trip of a lifetime!

I was raised with great pride for our country and taught at an early age to respect our veterans. As we traveled to Washington D.C., I was so humbled by the homage that was given to these veterans. Standing ovations along our route as members from our “Greatest Generation” were announced, random strangers coming up to give them a handshake or hug, and the countless “thank you’s” for their service, and a water salute over our airplane as we arrived in Baltimore, Md. are just a few examples. My chest burst with pride to escort this most prestigious group.

At the WWII Memorial, inscribed in the Freedom Wall are the words, “Here We Mark the Price of Freedom”. Watching my dad view the 4048 gold stars on the wall, I was overcome with emotion as tears rolled down his cheeks. It was at that moment I was overtaken by an overwhelming sense of heartache and compassion.  Each of those stars represented 100 American military deaths. Of the 16 million who served during WWII, one out of every 40 were not fortunate enough to return home. As my dad sat and mourned those who paid the ultimate sacrifice, I could see the sorrow he has carried with him the past 70 years.

This reflection continued as we viewed the other memorials. The last stop of our tour that day was Arlington National Cemetery. I was mesmerized by the distinctive rows of headstones that cover the hilly terrain. It was at this stop that four veterans were selected to lay a wreath at the Tomb of the Unknown. My father was one of them! (I was notified by our guide prior to the trip that he was selected.) To finally have this “secret” revealed was priceless. For my dad, it was the ultimate honor. The precision of each step of the guards and captivating voice that beckoned your attention was beyond fascinating. Watching them approach the tomb and commemorate the presence of respect from our Kansas veterans was truly compelling.

I have been so blessed to witness and share in this most memorable trip with my father and the other veterans.  Engraved in my mind is the announcement of final descent back to Wichita, Kan. He grabbed my hand. The warmth of his hand and the glistening in his eyes as he tried to speak, made it hard for me to swallow. No words were spoken. I welled up with tears, squeezed his hand back and nodded as we shared a final moment in peace of this unimaginable journey together.

I am forever grateful to be raised by a veteran, my hero.

As we go from day to day, we tend to forget and take for granted the simple freedom and liberties we have are due to the service and sacrifice of our nation’s veterans. This Veteran’s Day, pause, reflect, and pay tribute to those who have served our country honorably during war or peacetime, paving the way for our freedom.

Photos from the Kansas Honor Flight