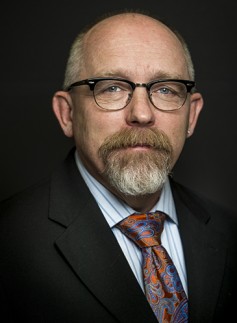 Net Neutrality was an FCC regulation placed into effect in 2015. It was intended to ensure that all internet data traffic was treated equally and that broadband providers abide by more stringent rules and regulations.

As is typical, the regulation produced unintended consequences. One being content providers, such as Netflix or Amazon, used the internet to deliver their product without sharing in the increasing cost of providing reliable internet service with the broadband providers. Another example, broadband internet was classified to be similar to telephones, making all broadband providers subject to the same regulations as a telephone company, whether they offered telephone service or not.

As of Dec. 14, 2017, Net Neutrality was repealed, effectively reverting the rules and regulations to a pre-Net Neutrality state. Simply stated: a lightly regulated, free market system.

What do the changes mean to BVTC’s customers?

The short answer is nothing. BVTC has always been dedicated to providing the highest quality of service, treating all data traffic equally, except for traffic which would negatively affect our customers.

BVTC has always practiced the underlying principle of Net Neutrality and has no plans to move away from this unless there are significant long-term benefits for our customers.

The internet, and how our customers use it, has and will change over the years. Rest assured, BVTC is committed to bringing the world to our customers with the highest levels of service and quality feasible.

What do the changes mean for BVTC?

Once again, the short answer is not much. Our upstream providers are excellent and have always operated with the highest level of integrity. In fact, our primary upstream provider is a cooperative, just like us!

The recent regulatory changes will not have a serious effect on BVTC or our customers. BVTC believes in freedom of the internet. Rest assured, we will not interfere, we will not charge extra for sites like Netflix, and we will not implement data caps. If you have questions regarding Net Neutrality, please call our office at 877.876.1228.